WHAT WOULD BE POSSIBLE IF YOU HAD ONE OF THE WORLD’S LEADING EXPERTS IN ULTIMATE HUMAN PERFORMANCE TRAIN YOU 1:1?

An intimate, rigorous and highly-selective program designed only for high-performing leaders who are making a positive impact in the world.

The synthesis of Jamie’s 15+ years of experience (working with clients such as the U.S. Naval War College, the athletes of Red Bull, and the executives of Google and Goldman Sachs), and his deep knowledge of optimal psychology, neuroscience and instructional design, makes the FGP Elite Coaching Program an obvious choice if you’re serious about making a real dent in the world.

Flow Genome Project Has Been Featured In...

Flow Genome Project Has Been Featured In...

Enrollment in FGP’s Elite Coaching Program is determined by application only.

Due to high demand and Jamie’s travel and speaking commitments, we’re only accepting a limited number of qualified candidates. A $295 fully refundable deposit is required to apply. Successful applicants tend to...

APPLY FOR 1:1 COACHING WITH JAMIE

WHAT’S INCLUDED IN THE PROGRAM?

“Riffing on the Human OS and biology of bliss at Voice & Exit.”

“Talking smart-tech with a corporate client."

HOW DOES THE PROGRAM WORK?

Before your coaching with Jamie commences we’ll do a comprehensive audit to see exactly where you’re at and what the OS you’ve been running up to now looks like. We’ll deploy a number of psychographic tools and professional development methodologies such as:

The program will close with a review and integration process which includes:

SCHEDULE TO INTERVIEW FOR THE PROGRAM

Jamie Wheal is one of the world’s leading experts on peak performance and leadership, specializing in the neuroscience and application of Flow states. He has advised everyone from the U.S. Naval War College and Special Operations Command, the athletes of Red Bull, and the owners of NFL, NBA, MLB, and Premier League teams to the executives of Google, Goldman Sachs, Deloitte, Cisco, and Young Presidents' Organization. His work and thought leadership has been covered in The New York Times, Financial Times, Wired, Entrepreneur, Harvard Business Review, Forbes, INC, and TEDx. He has spoken at Stanford, MIT, the Harvard Club, the Bohemian Club, the United Nations, Singularity University, and Summit Series.

Jamie is also the co-author, along with Steven Kotler, of the global bestseller Stealing Fire: How Silicon Valley, Navy SEALs and Maverick Scientists are Revolutionizing the Way We Live and Work and the Founder of the Flow Genome Project, an international organization dedicated to the research and training of ultimate human performance. Since founding the organization in 2011, it has gone on to become the leading voice of evidence-based peak performance in the world, counting award-winning academics, legendary professional athletes, special operations commanders, and Fortune 500 business leaders among the hundreds of thousands of people in its global community.

WHAT HAVE OTHERS HAVE SAID ABOUT JAMIE'S WORK?

"A wonderful job of balancing the promises, perils, and how-to prescriptions of engineering peak states such as 'flow.' "

"Stealing Fire lays out exactly how to hack the brain...Kotler and Wheal have taken a major bite out of the unknown." 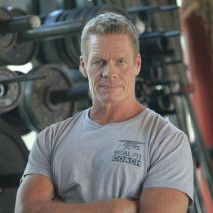 "A user-manual for your hacking your brain to drive high performance."

SCHEDULE AN INTERVIEW FOR 1:1 COACHING WITH JAMIE